You are using an outdated browser. Please upgrade your browser to improve your experience and security.

Question: Where was Joseph Pulitzer born?
Answer: Joseph Pulitzer was born in Makó, Hungary in 1847. He emigrated to the United States in 1864 as a result of the American Civil War draft. He enlisted as a substitute for a draftee.

Question: Which of these Pulitzer Prize winners won more than twice?
Answer: Robert Frost won four total Pulitzer Prizes, all in the Poetry category. Tuchman, Leech, and Faulkner all won two prizes each.

Question: Which of these languages was Joseph Pulitzer not fluent in before leaving home to fight in the American Civil War?
Answer: Joseph Pulitzer was fluent in French, Hungarian, and German before arriving in the United States. Once he arrived, he had to learn English.

Question: In the 1880s, Joseph Pulitzer began suffering from what?
Answer: Joseph Pulitzer struggled with a number of health problems throughout his life, and by 1889 he was almost completely blind.

Question: Who designed the Pulitzer Prize gold medal?
Answer: Daniel Chester French was commissioned to design the medal in 1918. He later became famously known for his 1922 sculpture of Lincoln sitting in the Lincoln Memorial.

Question: Who was the first person to win a Pulitzer Prize in music?
Answer: The music category was introduced in 1943, and William Schuman was the first to win for his piece Secular Cantata No. 2: A Free Song. 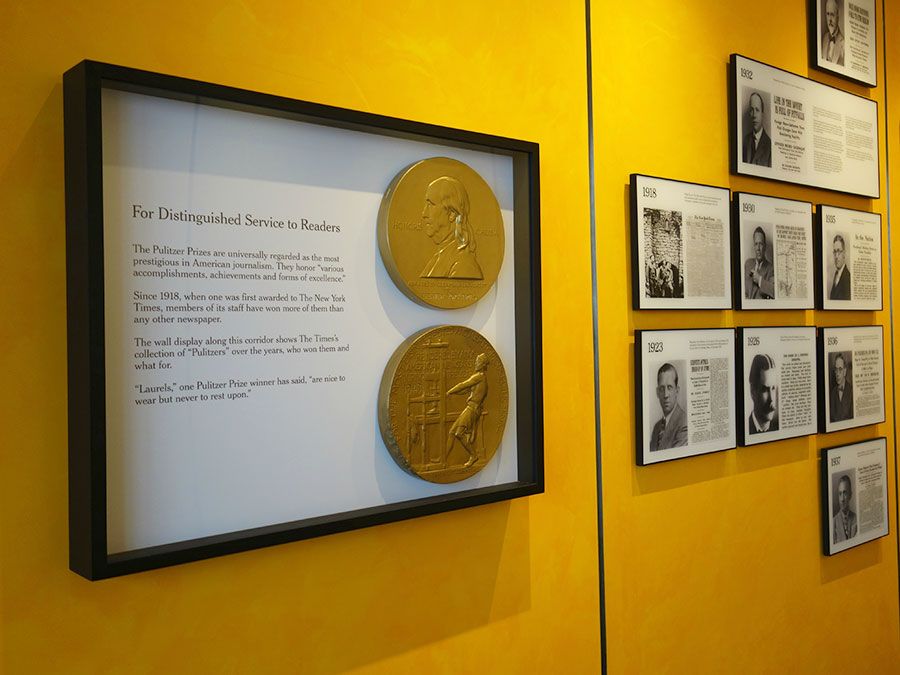 Who was Joseph Pulitzer? What is the Pulitzer Prize? Who has won it? Take this quiz to find out just how much you know about this prestigious award and its history.

You have {{ vm.secondsPerQuiz }} seconds to answer each question. The faster you answer, the higher your score. When you're done, try again to beat your best score!
Facebook Twitter
:{{vm.state.secondsLeft|fixedLength:2}}
QUESTION {{(vm.state.currentQuestion + 1)}} of {{vm.questions.length}}

Technology
Can You Hear Me Now?
Browse All Quizzes
Your results
Question Question {{($index + 1)}}
Your Answer:
{{vm.state.responses[$index].isCorrect ? 'Your' : ''}} Correct Answer:
Are you a quizmaster?
Share Your Score:
Facebook Twitter
Compare your score
Max Score: {{vm.maxPoints}}
New Best Score!
{{vm.state.score|number:0}}
{{vm.communityAverage|number:0}}
Your Score
Community Average
High scores
Login or Join to track your quiz stats, save your best scores, and compete with the community!
Your preference has been recorded
Our best content from the original Encyclopaedia Britannica available when you subscribe!